This time last year, Harrison Faley was struggling to make sense of daycare.

Stuck hearing as if he were underwater, his parents thought he was simply a typical, inattentive two-year-old. But in reality, otitis media, a very common middle ear disease for young children, was blocking his conductive hearing.

“We were alerted by his daycare that his speech was lagging a bit and he was getting constant ear infections,” mother Harnah Faley recalled.

“The specialist asked us to wait until he had all his teeth, and when that happened we had him tested again, and he was down to 10 per cent function.”

“The improvement was pretty much instant,” Mrs Faley said, adding that along with his hearing, Harrison’s speech and development progressed significantly.

“If you ask him, he got the potatoes out of his ears,” she said.

Harrison was just one of 51 children to have a free ear check up at the Inverell Shire Public Library on Tuesday, August 1 as part of the first local otitis media awareness day.

Two audiometry nurses were present to do the screening, one from Armajun Aboriginal Health Service.

Of those screened, 25 per cent had middle ear fluid and a further 22 per cent had a Eustachian Tube Dysfunction, which can lead to otitis media.

Only half the children screened on the day had a ‘normal’ reading for ear health.

Organisers believe this was due to Armajun’s very active campaign in testing the ear health of preschool and school-age Aboriginal children in this area.

Hearing Support Teachers from the NSW Department of Education talked on factors that contribute to otitis media and how parents can help reduce the risks.

The morning period was very busy, with one local preschool bringing twenty seven students aged 3-5 for screening. The rest of the children were brought in by their parents or grandparents throughout the day.

Library staff were proactive and kept the children entertained with craft activities as they waited. Volunteers from the Inverell branch of Quota International also helped make the day a success.

With so many children having indications of either otitis media or Eustachian Tube Dysfunction, conductive hearing loss teacher Beverly Walls said it was a timely reminder to parents to be vigilant when their children complain of ear ache or have difficulty understanding instructions.

Another otitis media awareness day is planned for next year, possibly in June in time for the beginning of the cold and flu season. 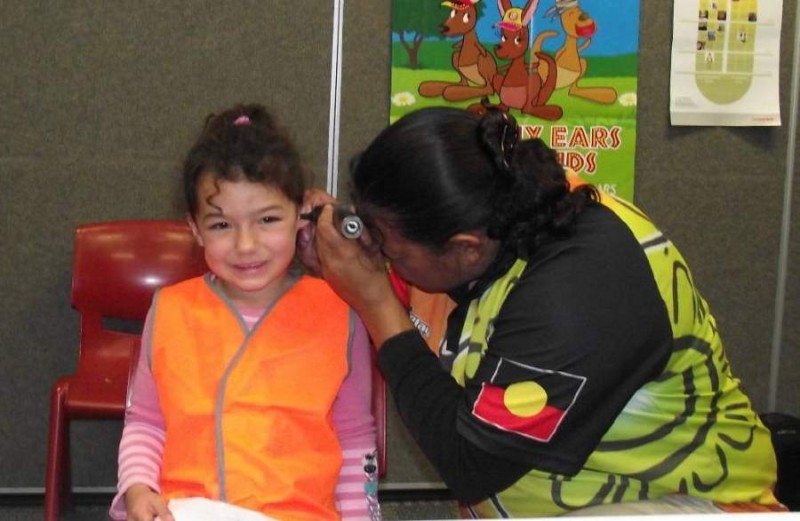